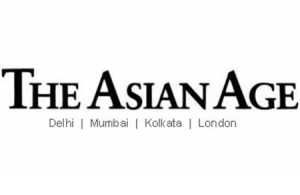 Sheikh Hasina Wajed has taken over as Prime Minister of Bangladesh for a third term after an extraordinary election that was boycotted by the primary Opposition.

India’s response to the election was tepid. Describing the polls as a “constitutional requirement,” the foreign ministry spokesman merely said that it is “for the people of Bangladesh to decide their own future and choose their representatives in a manner that responds to their aspirations,” says The Asian Age.

That, of course, is how it should be. But Bangladesh voters did not really get to choose. The Opposition alliance led by the Bangladesh Nationalist Party did not participate because the Awami League, reversing its position when it was in Opposition, disbanded the system of staging elections under a neutral caretaker government.

BNP leader Khaleda Zia — who has presided over governments with dismal human rights records and little commitment to democratic values — was placed under de facto house arrest in the days leading up to the vote.

Another Opposition party, the Jamaat-e-Islami party, often blamed for violent street protests and the targeting of Hindu minorities, was earlier disqualified from participating in the polls after the Supreme Court and the Election Commission ruled that its Islam-based charter ran contrary to Bangladesh’s secular constitution.

More than half — 153 of 300 — Parliament posts were thus uncontested. Former military dictator Hussain Mohammad Ershad, who won a seat in the polls held on January 5, despite announcing that he wanted to withdraw his party from the election, leads the Opposition. At least 150 people died in election-related violence.

Things are likely to get worse if there is no resolution to the political crisis. Hundreds have been killed and injured in Bangladesh, and lives disrupted, after a series of violent street protests through 2013. Opposition groups are responsible for much of the violence. They have violently enforced their call for strikes and blockades, sometimes by targeting ordinary citizens if they happen to be on the streets.

The burn wards in hospitals are full of their victims, attacked with homemade bombs and Molotov cocktails.

Ruling Awami League supporters, however, are capable of violence as well, and previously have beaten up Opposition members, apparently with sanction from the state. Failing to distinguish between perpetrators of crimes and Opposition activists, the government has arbitrarily arrested large numbers of Opposition members, including senior BNP leaders. Many members of the Jamaat party have gone into hiding to avoid arrest. Security forces have fired indiscriminately to disperse protesters and impose the government’s writ.

India has long wanted Bangladesh to stop providing sanctuary to militant groups that target Indians. The Awami League, during its last term, responded to India’s requests.

The previous BNP-Jamaat coalition government had a poor record on this subject. Some in Indian foreign policy circles therefore prefer the more secular-minded Awami League, which could explain India’s apparent indifference to the ongoing crisis.

However, many commentators are suggesting that Bangladesh is now caught up in a clash between the secular ideas promoted by the Awami League and the call for upholding an Islamic identity. Already, Opposition groups have targeted Hindu minorities, traditional supporters of the Awami League. The Awami League claims that over 700 Hindu homes and businesses were attacked by Jamaat and BNP supporters, while Jamaat and BNP have denied the allegations, called for independent investigations into the attacks.

India needs to be more engaged. “The democratic processes must be allowed to take their own course in Bangladesh,” India has declared. But that is hardly possible if Opposition leaders are facing criminal charges or locked up. This authoritarian approach may also turn into a recipe for further violence and gridlock, perhaps even leading to the outcome India most fears, which is increased Islamic militancy, as Bangladeshis give up on politics and resort to other means of expression.

India, which claims to a regional, even global, leadership role, should intervene and assist in building a political consensus. India should join a concerted international effort to urge both the government and the opposition to put an end to the violence and the arrests, resolve their political differences, and conduct credible elections. 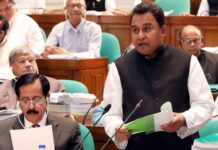