The Bangladesh Cricket Board (BCB) has announced the 15-man squad for the ICC Cricket World Cup 2015 in Australia and New Zealand.

BCB President Nazmul Hasan Papon made the announcement at a press conference on Sunday afternoon.

He said the national selection panel kept its eyes on the Dhaka league and named the final squad of 15 members on the basis of their performance.

The final squad is likely to depart a month ahead of the event in Australia. Their first warm-up game is against Pakistan at Sydney’s Blacktown Oval on February 9.

Bangladesh are pitted alongside hosts Australia, New Zealand, England, Sri Lanka, Scotland and Afghanistan in Pool A of the mega event. 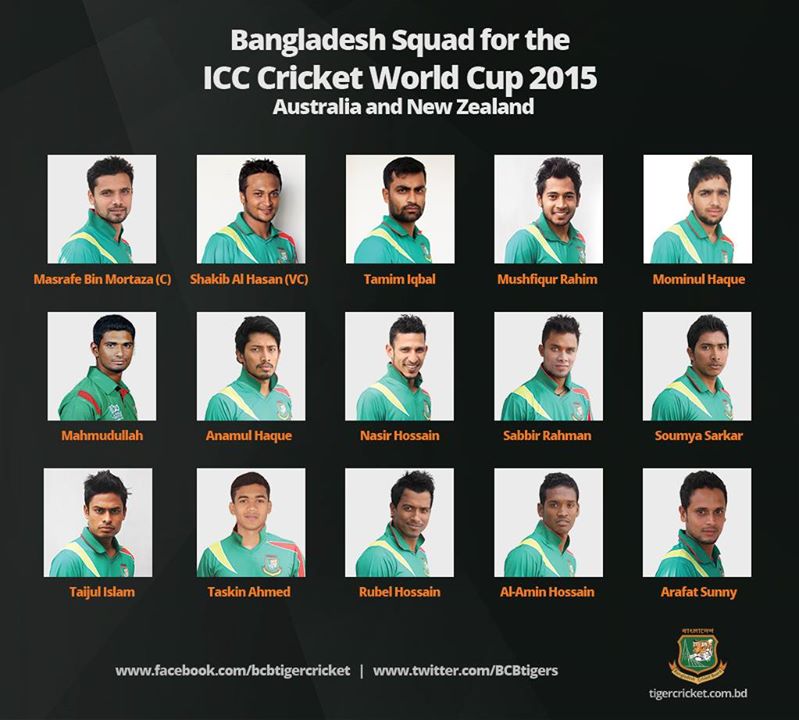 Bangladesh Cricket Board should reconsider their stand on ICC revamp