Turning down the Prime Minister’s claim that the country’s existing laws are enough to punish those defame religion, Hefajat-e Islam on Monday demanded that a new law in line with the Holy Quran be enacted to this end.

“A new law must be enacted incorporating the provision of punishment as prescribed by Islam,” Hefajat’s Dhaka city unit convener Noor Hossain Kashemi told a post-hartal press briefing at Lalbagh Shahi Madrasah.
In an interview with BBC, Prime Minister Sheikh Hasina firmly rejected demands by Islamists group for a new anti-blasphemy law to punish those who defame Islam and Prophet Muhammad (pbuh), saying the existing laws were sufficient to punish anyone who attempt to insult religion.
Reacting to the PM’s remarks in the interview, Kashemi said it was not their demand to punish those defame Islam and insult the Prophet under the existing laws. “Our demand is clear that a new law must be formulated keeping the provision of punishment as prescribed by Islam to punish those who disrespect the great Prophet and denigrate Islam.”
Renewing their call to the government to immediately meet their 13-point demand, he warned the regime to wage a harsher movement to oust it if their demands are not met.
Kashemi announced a countrywide demonstration for Friday to mount pressure on the government to meet the 13-point demand. They will also say special prayers in mosques across the country on the day.
He claimed that an activist of the Islamist group was killed in police firing in Chittagong and over 400 others were injured across the country in attacks by police and ruling party men during the hartal hours.
“We’d said we will not indulge in violence, vehicle torching and vandalism. We’ve proved that by refraining from such acts. We’ve showed the nation that haral can be observed peacefully,” Kashemi told reporters.
He deplored that despite their peaceful position on the streets, ruling party activists attacked their innocent leaders and activists at different parts of the country, including Chittagong.
Source: UNBConnect 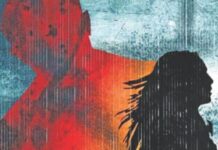 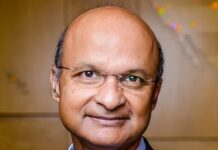 The spirit of sacrifice unites Bangladesh on Eid-ul-Azha