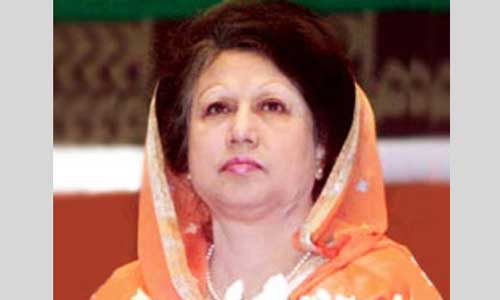 The High Court is set to deliver its verdict on September 17 on a petition filed by BNP chairperson Khaleda Zia for quashing proceedings of Barapukuria coal mine corruption case against her.
A High Court bench comprising Justice Md Nuruzzaman Noni and Justice Md Abdur Rob fixed the date for delivering the judgment, reports United News of Bangladesh.
Khaleda’s lawyer Ragib Rouf said the High Court had kept pending its verdict to be delivered any day after closing arguments in the trial of the petition.
Earlier on August 30, the same bench concluded the final hearing on the petition filed by Khaleda for quashing the proceedings of Barapukuria coal mine corruption case against her after closing arguments in the trial of the case.
On February 26, 2008, the ACC filed the case with Shahbagh police station, accusing Khaleda and 10 of her former cabinet colleagues of taking Tk 159 crore in kickbacks on the Barapukuria coal mine deal awarded to the highest bidder, instead of the lowest one.
Responding to a petition filed by Khaleda, the HC on October 16, 2008, stayed the case proceedings and issued a rule asking the ACC to explain why the case should not be quashed.
The Appellate Division later upheld the stay order as well, leaving the corruption case in the cold.
Khaleda, however, managed to secure a permanent bail in the case on January 15, 2012.
Following a petition of the Anti Corruption Commission, the HC revived the case on March 2.
On August 23, the HC turned down two petitions filed by BNP chairperson Khaleda Zia seeking all records of and the final report on Barapukuria coal mine graft case from the authorities concerned.
Source: New Age