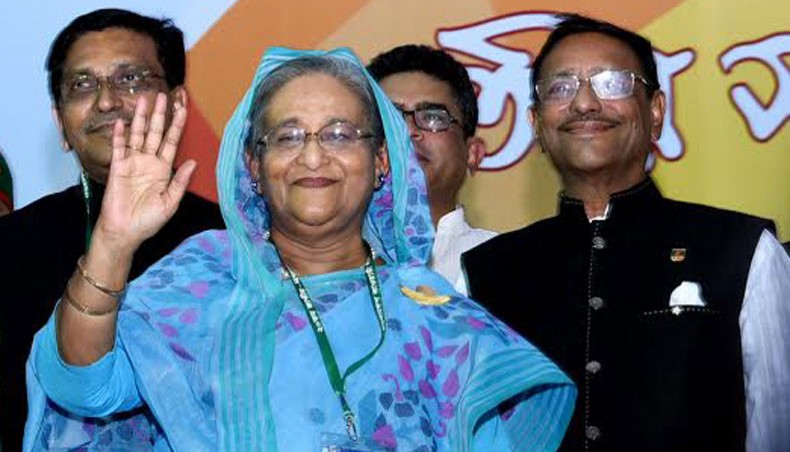 Councilors at the 20th national conference of ruling Awami League have reelected Sheikh Hasina as the party president for another term and Obaidul Quader as general secretary.

Both of them were elected as names of none other was proposed.

Abdur Razzak, chairman of the AL’s constitution committee, proposed the amendments which were unanimously passed at the closed door session.

Sheikh Hasina, president of the Awami League’s previous central committee and the running prime minister of Bangladesh, was present at the session held this afternoon.

According to the amendment, four more posts for presidium members, one for joint secretary, one for organising secretary and two for general members have been created to make 81 posts.