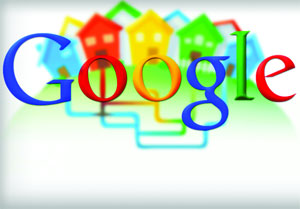 Google is opposing a plan to increase the US government’s power to infiltrate computer systems around the world, warning that it will raise a number of “monumental and highly complex” constitutional issues.
In a submission to the Washington committee that is considering the proposed changes, Google said that the amendment would open the door to “government hacking of any facility wherever located”.
Under the current Federal Rule of Criminal Procedure 41, prosecutors can only search for and seize property in districts where they have obtained a warrant from the district authorities.
However, the proposed amendment would allow a court within a district where a crime has occured to authorise remote access searches of electronic information located outside the district.
In particular, Google warned that this could happen in cases where the location of information has been obscured through technical means – either through encryption or by obscuring their IP addresses.
“This concern is not theoretical,” said Google. “The nature of today’s technology is such that warrants issued under the proposed amendment will in many cases end up authorizing the government to conduct searches outside the United States.”
Google’s comments have been submitted along with 37 others, as part of a public consultation on the proposed amendment. The comments will be considered by the Advisory Committee on Criminal Rules, which has responsibility over federal rules.
The US Department of Justice claims that the change is necessary, because internet anonymising technologies are making it difficult for prosecutors to identify the location of criminals.
However, Google and others warn that, in using such tactics, the US government risks undermining diplomatic arrangements it has built up with other countries over many years.

US wants international standard in ICT