Exports fetched $3.64 billion in August, the highest in a single month in the country’s history, on the back of increased shipments of garment, frozen fish, agricultural and leather products.

August’s receipts, which comfortably beat the target of $2.90 billion, were an increase of 10.64 percent from a year earlier and 13.75 percent from a month earlier, according to data from the Export Promotion Bureau.

This marks the fourth month in a row in which the receipts crossed the $3-billion mark, suggesting a pick-up in exports that somewhat lost its momentum last fiscal year.

August’s receipts take the two-month tally to $6.63 billion, up 13.92 percent from a year earlier. Garment, which typically accounts for more than 80 percent of the export receipts, raked in $3.04 billion last month, an increase of 11.76 percent from a year earlier.

“Export earnings of the garment sector showed higher growth in August because of lower growth in the last few months,” said Siddiqur Rahman, president of the Bangladesh Garment Manufacturers and Exporters Association.

The upward trend might continue into the next month as the garment exporters are now receiving payments for previous shipments.

However, the receipts from apparel shipments may slow down from November onwards as the global economy is yet to fully bounce back from the blip last year.

Meanwhile, shipments of frozen foods such as shrimp and other live fishes surged 39.64 percent to $124.99 million in the two months.

Export earnings from the frozen fish sector increased as it is the peak season for storing goods to be sold during the Christmas season, said Md Golam Mostafa, a director of the Bangladesh Frozen Foods Exporters Association, said the

“This growth might not continue at the end of the fiscal year as the export of frozen fish has been witnessing on a decline for the past 10 years for various reasons,” he added.

Leather and leather goods, which is the second-largest export earning sector, fetched $248.16 million in the July-August period, up 9.45 percent year-on-year.  Industry people also said the exports shot up in preparation of Christmas, the peak season for retailers. Earnings from footwear stood at $52.59 million, up 30.24 percent from a year earlier.

Jute and jute good goods are seeing a pick-up in exports on the back of a revival in demand worldwide for the natural fibre and a return of a business-friendly environment in some Middle Eastern countries, industry people said. 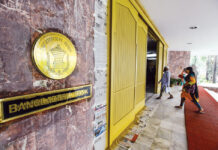 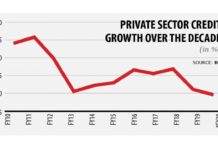