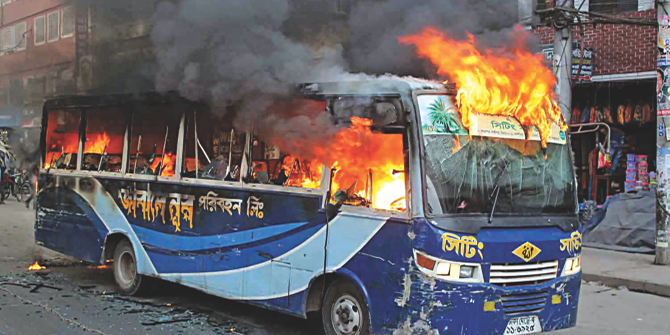 The European Parliament (EP) Delegation for South Asia has expressed its deep concern at the outbreak of political violence in Bangladesh culminating over recent days.

In a press statement, Chair of the delegation for Relations with the Countries of South Asia of EP, Jean Lambert termed the current situation “profoundly disturbing”.

She said: “basic freedoms, including freedom of assembly, speech, and movement have to be respected by all political forces, without exception.”

The EP Delegation, in a statement issued in Brussels, called for “maximum restraint and strongly hopes Government and Opposition will both demonstrate what has been lacking so far.”

“….a true willingness and responsibility to engage in genuine dialogue in order not to further endanger Bangladesh’s democratic course and development,” it added.