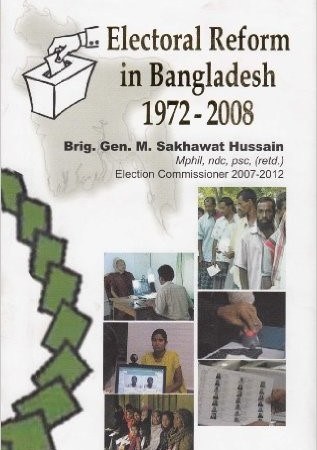 (Excerpted from his work in Bengali) 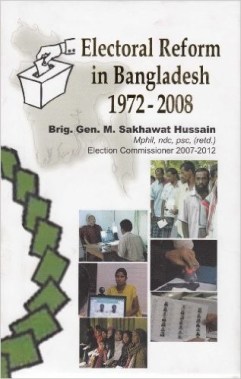 Lately, I have been working on a research project on Electoral Administration, Election Commission and the appropriate support that needs to be accorded to the Commission. It requires an extensive study. So I started with the electoral systems of a few countries in South Asia; specifically India, Pakistan, and Nepal. These countries possess similar characteristics as the electoral management in Bangladesh. With a slight exception in the case of Nepal where their journey to parliamentary democracy is a recent phenomenon.  In less than a decade, Nepal has a multiparty democracy fashioned in various conceptions and directions.  All the major and minor parties have their representations in the parliament. After the expiration of the tenure of the present Parliament, the upcoming election will be held in 2018. Apart from the three mainstream parties, 122 political parties participated in the election of 2013. Amongst the flock, 29 parties have their delegations in the parliament. This could only be possible owing to the management of mustering First Past the Post (FPTP) and Proportional Rate (PR).

A massive amount of trust of the people was witnessed during the election of 2008 which is considered to be the first ever democratic election in Nepal. Similar voter confidence was also exhibited during the election of 2013. I had the opportunity to witness the 2008 election when I acquired a lot of knowledge about the management of Nepal’s Election Commission. Even though the country just emerged from a bitter civil war, over 120 political parties of all rankings participated in the election peacefully. There was no disapproval from any community concerning the outcome of the elections.

Maoist centric Communist Party of Nepal won the election and held a majority of support in the constituent assembly. This party consisted of the guerrillas who were fighting the government for a while. Their leader Pushpa Kamal Dahal, also known as Prachanda became the Prime Minister in 2008. In 2013, the same organization turned out to be the third largest political party in Nepal. Due to the political confusion, Pushpa Kamal Dahal became the Prime Minister again in 2016. 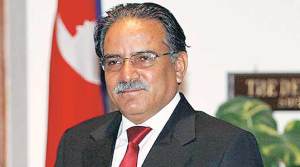 I held discussions with the Prime Minister of Nepal, Chiefs of other two political parties who have been Prime Ministers before and both the past and the current Chief Election Commissioners (CECs) of Nepal to enrich my research work. In my conversations with the Prime Minister of Nepal Pushpa Kamal Dahal, K.P. Sharma Oli from the Communist Party of Nepal and the Convener of Naya Shakti Party Dr. Baburam Bhattarai who was once the leader of Maoists, I learned of their priorities. Their primary concern was to devise methods to continue free and fair elections in the future. They all agreed to a fair election even with the complexity of the voting system.  The election process in Nepal is a bit complicated because of a parallel voting system. Since there is an independent election commission operating as an active legal entity, it earned full confidence of the voters and all parties. Being a commission formed under a unanimously enacted law, no questions popped up in regards to its activities.

There was an elaborate dissension about the administration and methodological outline of the Election Commission of Nepal.  For my research, I spoke with both Nilkant Upreti, recently retired from the post of CEC (Chief Election Commissioner) and the current CEC Ayodhi Prasad Yadav. My first concern was about the efficiency of the election commission, selection methods and maintaining constitutional obligations. 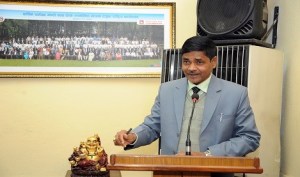 Bangladesh constitution does not have a legal mechanism for the formation of the Election Commission, and therefore, the commission’s reliability has been questioned by the main opposition party which boycotted the last national election. Amongst the countries I have been doing my research about Electoral Administration, Nepal and Pakistan follow either the rules embedded in their constitutions or a designated legal code. India and Bangladesh have not yet enacted legislation regarding the formation of the Election Commission even though it is mentioned in the constitution.

After dissolution of the “Caretaker Government” system, the late President Zillur Rahman of Bangladesh selected an Advisory Committee after consulting all the nominated parties. The committee working under the President’s surveillance produced a list. The President arbitrarily selected the Election Commissioners from that list. Consequently, the Commissioners selected through this process have been either showcased or criticized by various political circles. 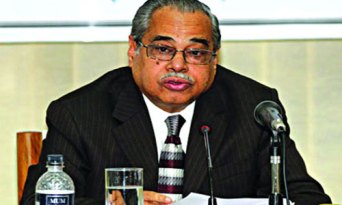 In Nepal, the selection process takes place through a constitutional council headed by the Prime Minister as embedded in their constitution. That council not only select the Election Commission, it also picks personnel for other legal positions in the Commission. Headed by the Prime Minister, the constitutional council comprises of the Chief Justice, Speaker of House of Representatives, Chairperson of National Assembly, few ministers and leaders from the opposition party. From the list recommended by this council, the President recruits the CEC and other ECs. According to the Constitution of Nepal, CEC and ECs can hold their office for a tenure of 6 years or till they are 65. Nevertheless, subject to the age limit, a senior EC gets recruited as CEC even though extending his tenure of office will eventually reach his retirement age. In Nepal, usually, the Senior EC is drafted as CEC just like India. Current CEC was recruited as an EC back in 2007.

By the constitutional amendment of 1973, Pakistan’s Election Commission comprises of the former and serving judges from the Department of Justice. A former justice of the Appellate Division is appointed as the Chief Election Commissioner for three years, and other four members are appointed from among the judges of the High Court from four provinces of Pakistan. Following the regulation, each province is represented by the justices of the High Court. 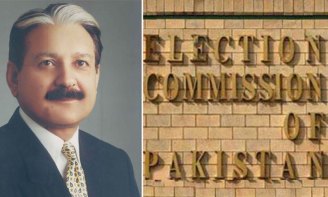 The way the recruitment system is structured in Pakistan, it requires the Prime Minister and the leader of the opposition party to send a list of likely candidates to the parliamentary committee. Sequentially, the legislative committee sends the list to the President for final appointment. A legislative committee is formed by both the government and the opposition party proportionately. One-third of them are members of Senate. The committee is formed through the Speaker.

Though there is a provision for enacting a separate law in Article 324 of the Indian Constitution, the law has not been adopted despite taking several attempts. From the very beginning, the committee is formed by the President of India. But one has to retire from his office reaching the age limit of 65 and tenure of 6 years.  In that case, senior EC is recruited as CEC subject to age limit and tenure. That is the reason why the elections in Nepal and India contain consistency. Though the election process of India has not faced any challenges yet, the Election Commissioners consider it best to recruit through an enacted legislature according to the Constitution. Ex-CEC S. Y. Quraishi has also stated the same in his book “Undocumented Wonder” (Page 40). He has called it a ‘miracle’ that the election commission formation in India has never faced any challenges so far. 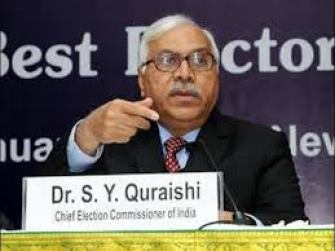 Election Commission is a significant constitutional body and therefore, it should be empowered accordingly.  In the democratic countries, the constitution allows the Election Commission to be entirely independent. In Bangladesh, where the foundation of democracy is fragile, the Government and all political parties have an obligation to lend their hands to empower such institutions.

In the absence of legislation, the cooperation of partners and the minimum consensus is required to form a fair and efficient Election Commission which helps not only to increase commission’s self-confidence but also benefits all political parties. So far, 11 election commissions have been formed in Bangladesh under selection committees under the President’s approval.

The condition of service of the Election Commissioners is determined by order of the President. The President being a political figure and is representative of the ruling party may affect the independence of the Commission in the discharge of their duties.  Once the commission is selected, only safeguard to their sustainability lies in a provision that an Election Commissioner cannot be removed from his office except in like manner and on the like grounds as a judge of the Supreme Court.

The citizens of Bangladesh deserve to have a viable election commission which is free and fair.

M Sakhawat Hossain born 1 February 1948 is a Bangladeshi author and speaker. He is the former Election Commissioner of Bangladesh (2007-2012), retired as a Brigadier General from the Bangladesh Army. Serves as a columnist, freelance commentator on national and international televisions, security and defense analyst. Authored over 20 books including Electoral Reform in Bangladesh 1972-2008.