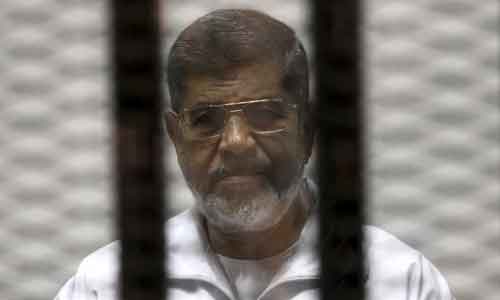 Egypt’s top religious authority, the Grand Mufti, for an opinion before any executions can take place.
Mursi, who was overthrown by the army after mass protests against his rule in 2013, stood defiant in a court cage in a blue prison outfit pumping his fists in the air before the sentences were read out.
Human rights groups have accused Egyptian authorities of widespread abuses in a crackdown on Brotherhood supporters as well as secular activists, allegations they deny.
Muslim Brotherhood official Amr Darrag condemned an Egyptian court’s decision on Saturday to seek the death penalty for former president Mohamed Mursi and called on the international community to take action.
‘This is a political verdict and represents a murder crime that is about to be committed, and it should be stopped by the international community,’ Darrag, co-founder of the dissolved Freedom and Justice Party, the political wing of the Muslim Brotherhood, told Reuters in Istanbul.
Source: New Age