The World Health Organization (WHO) has classified Kenya as a “high-risk” country for the spread of the deadly Ebola virus.

Kenya was vulnerable because it was a major transport hub, with many flights from West Africa, a WHO official said.

This is the most serious warning to date by the WHO that Ebola could spread to East Africa.

The number of people killed by Ebola in West Africa has risen to 1,069, the WHO said in its latest update.

Fifty-six deaths and 128 new cases were reported in the region in the two days to 11 August, it added.

Canada said it would donate up to 1,000 doses of an experimental Ebola vaccine to help fight the outbreak.

In Sierra Leone, a doctor who treated patients infected with Ebola has died, reports the BBC’s Umaru Fofana from the capital, Freetown. 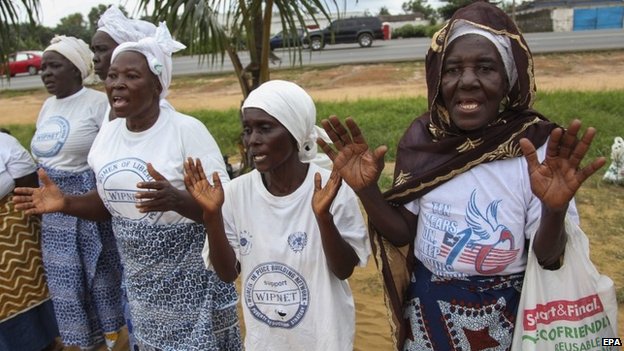 Dr Modupeh Cole is the second Sierra Leonean doctor to die of the disease.

In Nigeria, Africa’s most populous state, a third Ebola-related death was reported on Tuesday.

The WHO’s country director for Kenya, Custodia Mandlhate, said the East African state was “classified in group two; at high risk of transmission”.

Health checks at the main airport in the capital, Nairobi, have been stepped up in recent weeks.

The Kenyan government said it would not ban flights from the four countries hit by Ebola. 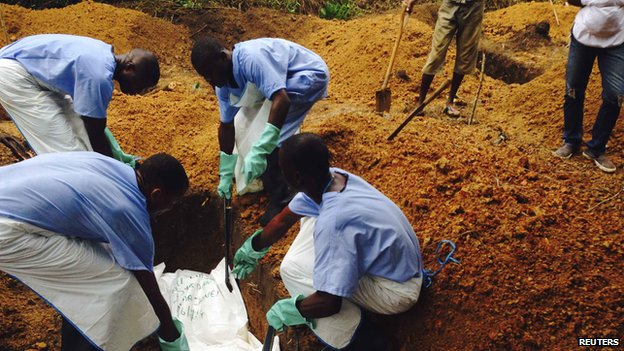 “We do not recommend ban of flights because of porous borders,” health cabinet secretary James Macharia said.

Kenya receives more than 70 flights a week from West Africa.

The West African regional body, Ecowas, said one of its officials, Jatto Asihu Abdulqudir, had died of Ebola in Nigeria.

The 36-year-old had been in contact with Patrick Sawyer, the Liberian government employee who was the first to be killed by the virus in Nigeria on 25 July, Ecowas said in a statement.

Mr Sawyer had flown in from Liberia, when he was diagnosed with Ebola after collapsing at the airport in Lagos, the biggest city in sub-Saharan Africa.

This is the first time West Africa has been affected by Ebola – previous outbreaks have affected East and Central Africa.

There have been 1,975 confirmed, probable and suspected Ebola cases in West Africa since it was identified in February, according to the WHO.

There is no cure for Ebola and the WHO has declared the outbreak a global health emergency.

On Tuesday, it approved the use of untested drugs on Ebola patients.

However, experts say supplies of both the vaccine and the experimental drug Zmapp are limited and it could take months to develop more supplies.

He said he had been advised that it would make sense for healthcare workers to be given the vaccine, given their increased risk of contracting the disease.

Zmapp has been used on two US aid workers who have shown signs of improvement, although it is not certain what role the medication played in this.

A Roman Catholic priest, infected with Ebola in Liberia, who died after returning home to Spain is also thought to have been given the drug.

There are a handful of drugs that have been shown to work well in animals.

One is Zmapp – the drug requested by the Liberian government. This contains a cocktail of antibodies that attack proteins on the surface of the virus.

Only one drug has moved on to early safety testing in humans. Known as TKM-Ebola, this interrupts the genetic code of the virus and prevents it from making disease-causing proteins.

The drug was trialled in healthy volunteers at the beginning of 2014 but the American medicines regulator asked for further safety information. The manufacturer says human studies may soon resume.

Another option would be to use serum from individuals who have survived the virus – this is a part of the blood that may contain particles able to neutralise the virus.

Vaccines to protect against acquiring the disease have also been shown to work in primates. American authorities are considering fast-tracking their development and say they could be in use in 2016. Trials are likely to start soon, according to the WHO.

But experts warn that ultimately the only way to be sure a drug or vaccine is effective is to see if it works in countries affected by Ebola.