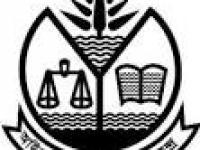 Ain o Salish Kendra (ASK) on Tuesday said the law enforcement agencies have killed a total of 64 people in separate incidents of ‘crossfire’ in the country from January till March this year.
Among them, 15 were killed by Rapid Action Battalion (RAB), 24 by police and seven were killed by other law enforcement agencies.
The ‘crossfire’ statistics of the last three months were prepared on the basis of reports published in the national dailies, and the information gathered by ASK .
However, RAB denied the killings in their custody.
Ain o Salish Kendra in their press release said according to the family members and relatives of the victims, only one man was found dead among the 25 people, who were picked up by the members of law enforcement agencies in plainclothes.
The law enforcement agencies, however, denied the allegations.
According to the report of ASK, four people died in police torture, one was totured to death by RAB, nine in police firing, one was killed in a shootout with intelligence officials, and another man committed suicide in police custody.
A total of 17 people died in police custody in last three months. A man died of heart attack after arrest, family members of another deceased claimed the victim died after he was thrown on the rail track.
ASK said, 122 people died in 556 incidents of political violence in the last three months among which 69 were burned to death.
3,051 people were injured in separate incidents of violence, and the local administration slammed section 144 in 15 different places of the country’s seven divisions.
Eminent lawyer Shahdeen Malik said the statistics in the report of ASK shows the deaths in crossfire or in custody, in political violence and in mob beating is on the rise during the last three months.

‘No rallies in industrial areas’