As the number of coronavirus tests outside Dhaka has increased, more Covid-19 cases have begun to surface, which experts say paints a grim picture of the spread of the virus in the country.

They said the numbers hint towards there being many more unidentified cases outside the capital, but those areas are not equipped to meet the crisis.

Yesterday, the Institute of Epidemiology, Disease Control and Research (IEDCR) reported 112 new cases of Covid-19, taking the tally to 330.

Of those, 62 are in Dhaka, 15 in Narayanganj, and the remaining 35 in other districts across the country.

In the last three days, the number of cases in Dhaka has risen steadily; the number of new cases was 20 on Tuesday (April 7), 39 on April 8 and 64 yesterday.

On the contrary, the rise in cases outside Dhaka was not steady; 21, 15 and 50 respectively.

“The data suggests the number of cases is increasing more rapidly outside Dhaka city. So the situation in and outside Dhaka are different; it is tough to identify [Covid-19 patients] outside Dhaka. This is a tough time for us,” Prof Dr Nazrul Islam, noted virologist and former vice chancellor of Bangabandhu Sheikh Mujib Medical University (BSMMU), told The Daily Star.

He thinks the situation outside Dhaka will require more measures to control the transmission.

“Dhaka is comparatively small and government forces are concentrated here. But it would not be easy outside Dhaka where cases are increasing rapidly,” Prof Islam said.

The fact that there are nine labs conducting tests in Dhaka and only seven for the rest of the country, according to Directorate General of Health Services (DGHS), makes the worries grow.

The IEDCR takes the most number of tests daily.

In 24 hours till Thursday, their lab tested 227 samples out of 555 in all the nine labs in Dhaka.

All the seven labs outside Dhaka, however, have tested only 350 samples as of yet.

There is also no test facility in Barishal division.

According to IEDCR website, Covid-19 patients have been identified in 17 distrcts outside Dhaka till Wednesday. Of them, Narayanganj, Madaripur and Gaibandha have been identified as place of “cluster transmission”- multiple cases in a small area. IEDCR has not updated the latest data in this regard till Thursday night.

Prof Saif Ullah Munshi, chairman of virology Department at BSMMU, suggested to fix a target to increase the number nationwide.

“The target may be fifty thousand tests within next 15 days. Then we could be able to get the real picture,” he told The Daily Star.

An increase in the number of tests outside of Dhaka immediately would give a better idea of the scale of transmission.

Starting in January 28 till yesterday, the total number of tests stands at 6,175.

Meanwhile, Save the Children on Wednesday pointed out how most of the country’s intensive care beds and ventilators are in major urban centres, including capital Dhaka, making it difficult for remote communities to access, UNB reported.

It said this in regards to a possible shortage of ventilators — which are used to assist people in breathing when they cannot do it themselves.

“At present, it is difficult for Bangladesh to meet the expected surge in demand for ventilators to help respond to the Covid-19 outbreak,” said Athena Rayburn, Save the Children’s Rohingya Response Advocacy Manager, according to the report. 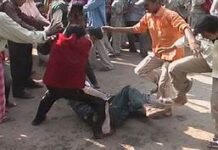 Change in the air