is expected to help Beijing boost its presence in the Indian Ocean, especially if a deal can be finalised on the development of the China-funded Kyaukpyu port.

China’s ambassador to Myanmar, Chen Hai, said on Sunday that Xi was expected to oversee the signing of several deals during a two-day visit that starts on Friday, including possibly putting the final piece of the puzzle in the US$1.3 billion port deal, negotiations for which have been going on for several years.

Once completed, the facility on the Bay of Bengal will provide Beijing with a direct link to oil supplies from the Middle East, as Kyaukpyu is at one end of a massive oil and natural gas pipeline network that runs all the way to Kunming in southwest China’s Yunnan province.

That direct link will provide an alternative route for China’s energy imports avoiding the Malacca Strait, which links the Indian Ocean to the South China Sea but has become a flashpoint for Sino-Indian maritime rivalry. 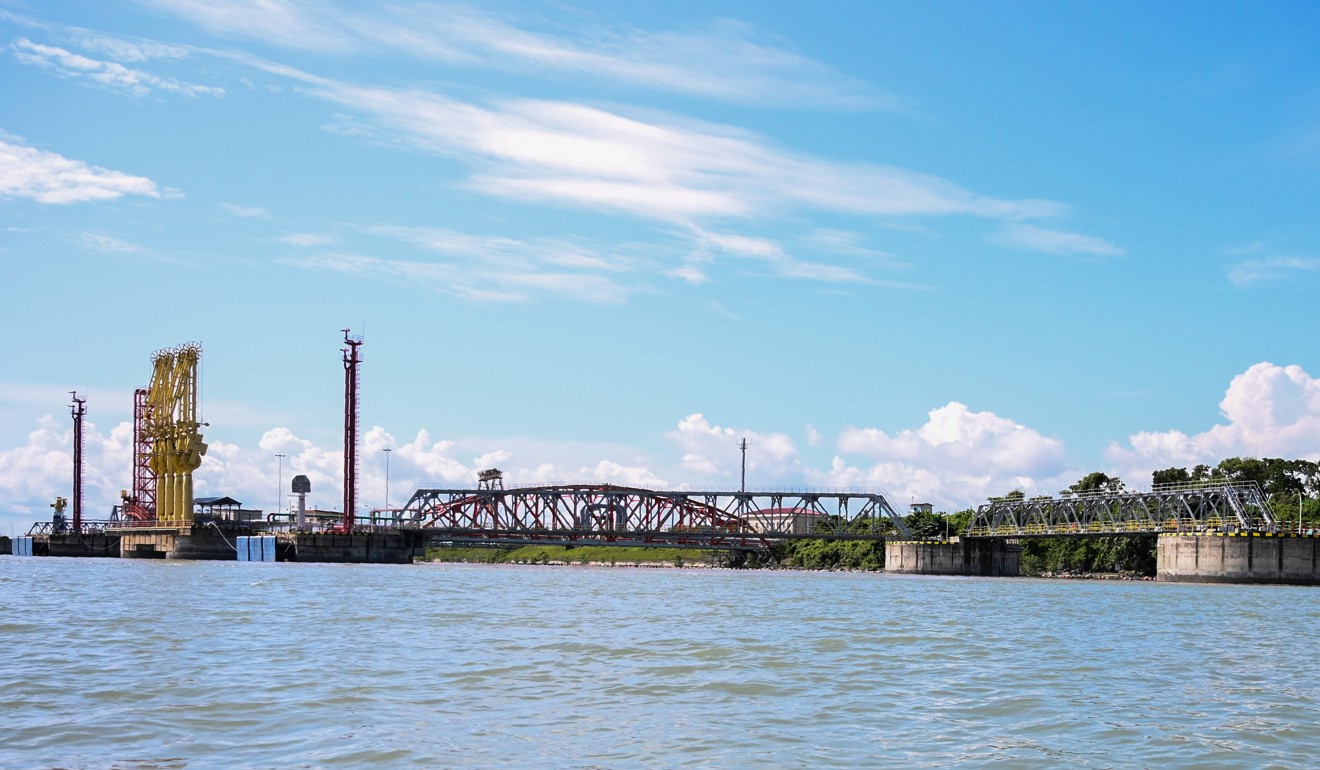 Kyaukpyu is at one end of a massive oil and natural gas pipeline network that runs all the way to Kunming in southwest China’s Yunnan province. Photo: AFP
The development of Kyaukpyu is part of Beijing’s wider plan to expand its footprint in South Asia, which has seen it invest heavily in Indian Ocean ports through its
Belt and Road Initiative

, much to the concern of New Delhi.

Archana Atmakuri, a research analyst at the National University of Singapore, said Beijing had a clear ambition in the region.

“The port development projects, be they in Gwadar in Pakistan, Hambantota in Sri Lanka, Kyaukphyu in Myanmar or Chittagong in Bangladesh, are all happening in India’s backyard, and this feeds into China’s encirclement strategy towards India,” she said.

Subscribe US China Trade War
Get updates direct to your inbox
By registering, you agree to our T&C and Privacy Policy
In 2015, a consortium led by Chinese state-owned Citic won the bid to develop the port in central Rakhine state at an estimated cost of US$7 billion. However, in 2018, the National League for Democracy – Myanmar’s ruling party –
slashed the budget to US$1.3 billion

amid concerns it would be unable to service the debt.

Xi’s visit comes amid growing rivalry between the world’s two most populous nations in South Asia and the Indian Ocean, an area that Delhi regards as its backyard.

“India will have a close eye on the visit,” Sampa Kundu, an assistant professor at Symbiosis School of International Studies in India, said.

“But New Delhi has its own approach towards Myanmar.”

Atmakuri agreed, saying that under Prime Minister Narendra Modi, India had made more effort to cultivate ties with its Asian neighbours, such as working with Japan on a container terminal in the Sri Lankan capital Colombo and supporting the development of the Kaladan Multi-Modal Transit Transport project that is designed to connect the east Indian port of Kolkata to Sittwe port in Rakhine. 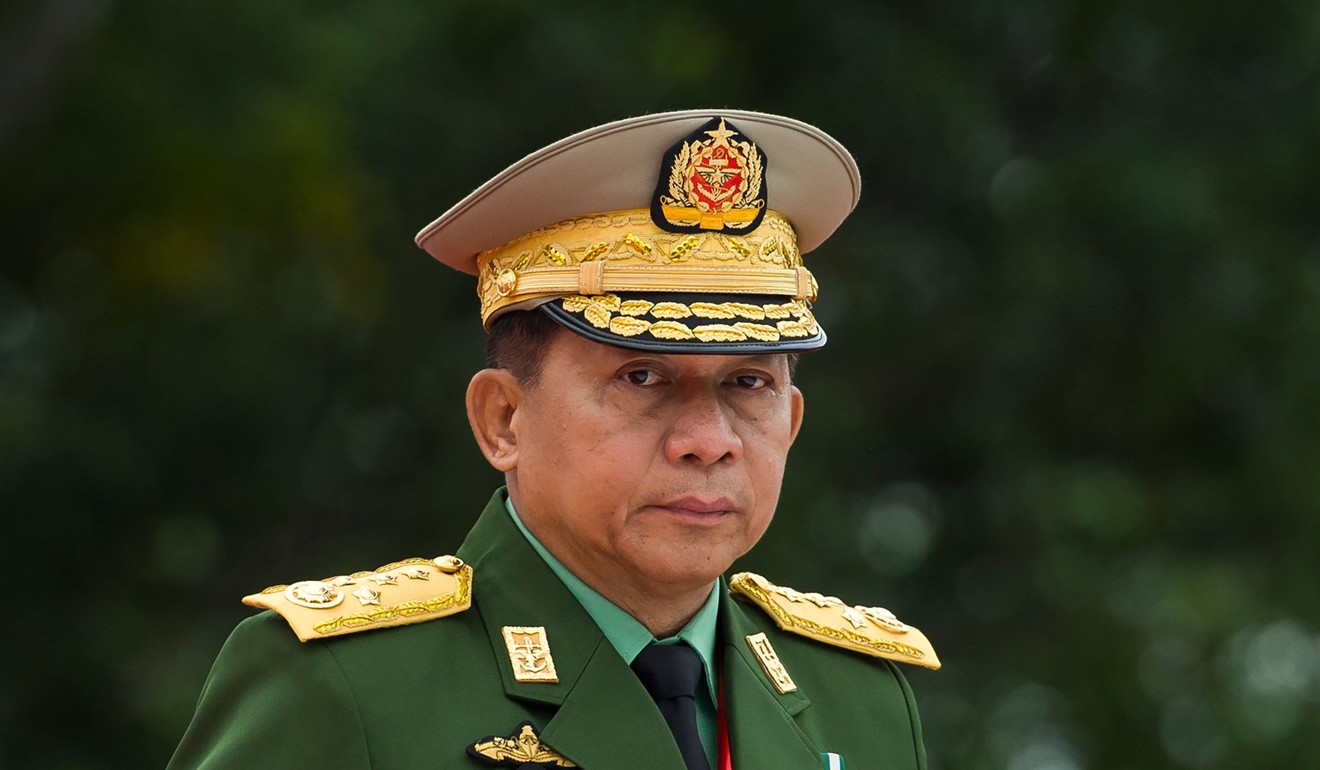 Jabin Jacob, an associate professor at Shiv Nadar University in India, said tensions between Delhi and Beijing were likely to grow in the region.

“Despite its limited resources, India’s navy is operationally superior to the Chinese navy in the Indian Ocean but the latter’s ability for grey zone operations and military diplomacy in the region suggests the balance is likely to shift in China’s favour,” he said.

Atmakuri said that as competition between the two nations intensified, concerns were growing among smaller countries that they might be forced to pick sides.

“The question to ask is how small and middle powers react to this,” she said, “I think countries are preparing for the competition in the Indian Ocean.”

Xi will be the first Chinese president to visit Myanmar since 2001. During his trip he is expected to meet government leaders, including
Aung San Suu Kyi, and military chief General Min Aung Hlaing

for our 50% early bird offer from SCMP Research: China AI Report. The all new SCMP China AI Report gives you exclusive first-hand insights and analysis into the latest industry developments, and actionable and objective intelligence about China AI that you should be equipped with.

Should nuclear play a part in the energy solution?