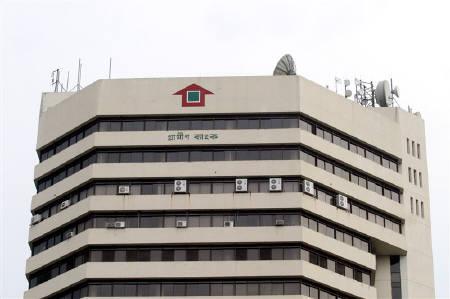 Increasing state control over Grameen Bank will not serve Bangladesh’s best interests and will be detrimental to the nation’s progress on gender equality instead.

Bangladesh has improved its rank in this year’s Global Gender Gap report, moving from 75 in 2013 to 68 in 2014. Much of its progress in improving gender equality over the years is owed to the inclusive model of social development that has seen NGOs working side by side with the state for four decades. This has facilitated social innovations in the field of women’s empowerment and gender development. NGOs like Grameen are invaluable in environments where conventional solutions to gender issues (such as poverty reduction and economic growth) alone have failed to deliver. Further progress is possible if the government-NGO partnership is nurtured and left outside politics.

Bangladesh is a global poster child within the Muslim world for women’s development. When it comes to gender equality, Bangladesh ranks above all other South Asian countries and Muslim-majority nations in Asia. In the past 20 years, women’s health conditions and economic participation have improved despite limited public investment in social sectors.

When the boom in women’s participation in export-oriented factories started in the mid-1990s, most girls in Bangladesh were barely completing primary school. Now, a large number of Bangladeshi women are going to work every day as factory workers, primary school teachers, and healthcare providers. This has not happened because of any large-scale public investment project.

Instead, the foundation for women’s development was laid by non-state actors. Bangladesh’s microfinance pioneer Professor Muhammad Yunus saw women as the key agent of social change nearly four decades ago, before gender development was recognised in the national agenda. More recently, NGOs like Grameen Bank and BRAC have not only championed development schemes that target women, they also employ hundreds of thousands of women at the community level to deliver health, family planning, and education services.

Bangladeshi NGOs have further promoted the status of women by increasing their participation within the organisation. Seven out of twenty directors at BRAC are women. Grameen Bank has gone further by employing female borrowers as members of its governing board. More recently, the government built on these transformative measures by adopting a gender-sensitive budget and further promoting women in leadership positions in the public sector.

But this unique collaboration between the state and NGOs for women’s development is now under threat. In 2011, Yunus was forced to step down as managing director of the bank because he was older than the mandatory retirement age of 60. That was followed by a number of attempts to bring Grameen Bank under state control. But the Bangladesh government recently amended the rules to give itself the authority to appoint board members for Grameen Bank. Many see this as a blatant attempt to strengthen government control over and eventually nationalise the bank.

Previously, the Bank’s more than 8 million rural female borrowers would directly select board members from among their ranks. Officials from another bank will now oversee elections, following the new government directive. The government will form a three-member committee to elect nine members of the twelve-member board. According to Bangladesh’s largest English newspaper the Daily Star, the three-member body will comprise two deputy managing directors: one from a state-owned commercial bank and another from the Palli Karma-Sahayak Foundation.

What does this mean for the future of microfinance and women’s empowerment in Bangladesh?

The evidence on whether microfinance reduces poverty has been contentious. A number of recent studies find no sign that access to microfinance improves household consumption in India, Morocco, Mongolia, Thailand, or the Philippines. But the same studies demonstrate that microcredit if reasonably priced, can lead to business creation and expansion. In the case of Bangladesh, a large-scale, long-term study by World Bank researchers published last year shows a positive impact on personal expenditures, household assets, and children’s education. Recent research on Bangladesh’s social achievements also suggests that without the platform created by NGOs, women’s development in Bangladesh would have been unlikely, given the restrictive social setting and limited public spending on social outcomes.

Women’s participation in NGO programs in Bangladesh, including initiatives in health, education, savings and microcredit, remains strikingly high. In a nationwide survey of 8,000 households conducted last year, almost 12 percent of rural women between the ages of 20-39 reported having joined a new NGO program, predominantly in microcredit, in the preceding 12 months.

NGOs in Bangladesh ensure that poverty and patriarchy do not stand in the way of expanding women’s agency in the country. Beyond teaching women how to save and get access to credit, the NGO-driven microcredit program created a sense of solidarity and improved outside mobility as borrowers formed credit groups and met each other on a regular basis. This helped deliver other important social services such as family planning and maternal and child health care. Most importantly these actions have facilitated significant changes in norms, attitudes, and practices related to gender equality.

Bangladesh gains nothing if state control over Grameen Bank is strengthened. It would at best marginalise millions of female borrowers who have fought for gender equality for years. 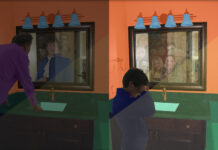 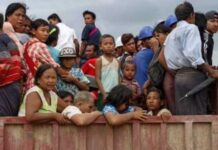 Border Killings and Our Indifference to Murder

What will this election achieve?