Bangladesh has called upon the members of an Asian forum to play an active role in achieving peace, security and prosperity in Asia.

Foreign Minister Abul Hassan Mahmood Ali made the call while speaking at the summit of the Conference on Interaction and Confidence Building Measures in Asia (CICA) on Wednesday in Shanghai.He said all have to work together for achieving peace, security and stability in Asia through “sustainable development, tackling climate change, counter-terrorism, and eliminating weapons of mass destruction”.He was delivering a statement on Wednesday at the 4th Summit of CICA as a full member of the Organisation for the first time in Shanghai.The theme of the Summit is “enhancing dialogue, trust and coordination for a new Asia of peace, stability and cooperation”.Bangladesh became a full member on Tuesday after signing of an accession document by the foreign minister.The foreign ministry said, Prime Minister Sheikh Hasina has decided to join this forum considering its “importance”.Established in 1999, CICA is an inter-governmental forum of 25 countries for enhancing cooperation towards promoting peace, security and stability in Asia.The focus of the organisation is on confidence building measures including new threats and challenges, economic dimension, environmental dimension and human dimension.The minister in his statement highlighted Prime Minister’s “people’s empowerment and development” model which was unanimously adopted as a resolution in the 67th UN general assembly in 2012.This manifested the commitment of Bangladesh “in promoting international peace and development”, he said.The foreign minister congratulated China to become Chair of CICA and also expressed appreciation for the Chinese support to help Bangladesh becoming CICA member.He hoped that China would add dynamism into the activities of the CICA to take it to “a newer height”.He said China as chair would make efforts to promote “cooperative security architecture in Asia through a vision of shared security, common development and prosperity”.The foreign minister had bilateral meetings with his Chinese counterpart Wang Yi and Turkish counterpart Ahmet Davutoglu on the sidelines of the summit.During these meetings issues of mutual interests between Bangladesh and all of these countries were discussed.The Chinese foreign minister has expressed his keen interests to expand bilateral relations with Bangladesh, particularly in the area of trade and investment.Bangladesh foreign minister highlighted the historical and cultural bonds with China and sought support for different development initiatives. 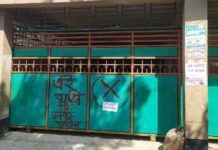 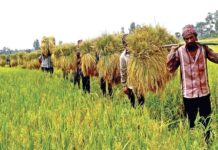 ‘Dhaka elevated expressway to be completed by 2018’