Muhith describes it as a great achievement 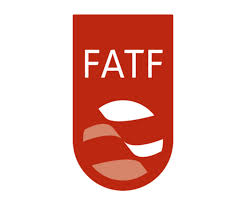 Finance Minister AMA Muhith on Monday described as a great achievement Bangladesh’s coming out of the gray list of Terrorism Financing of the Financial Action Task Force (FATF).

“This has been a great achievement for Bangladesh to come out of the gray list of money laundering and terrorism,” he said while briefing on the issue at the Secretariat.

“We’d been in the gray list for last five years. If we failed to come out of the list, it would have taken us to the black list,” he said referring to the proceedings of the FATF plenary meeting held in Paris on February 13 this year.

Muhith said the meeting unanimously recognised Bangladesh’s measures against money laundering and terrorism. Through this, Bangladesh also came out of the risk-prone countries to the global economic stability.

He said a number of measures, including enactment of new laws and also amendment to existing ones, were taken during the last tenure of the Awami League-led grand alliance government. There were regular meetings in every two months to review the measures. The intelligence unit of Bangladesh Bank also extended its cooperation to the government’s measures.

The Finance Minister claimed that this achievement will yield a good result for the country’s international trade and commerce as it would reduce the cost of export and import business. “The image of Bangladesh will be brightened in the outside world and the country will be known as an implementing country of different resolutions and conventions of the United Nations.”

Dr Aslam Alam said an action plan was proposed from the International Co-operation Review Group (ICRG) to Bangladesh which the country successfully implemented by October last. “This success will help Bangladesh to be identified as a ‘compliant country’.  This will play a positive role to ease the opening letter of credit (L/C).”

He said there is always a risk for the country to be included in the Gray List again if it fails to apply the new law in combating money laundering and terrorism financing.

The central bank governor said the bank has brought an anti-money laundering software which will detect any suspicious transactions in the banking sector. “The software will be introduced from March 3 this year under which the transactions in stock market and also in the NGO sector will be brought under its surveillance system.”