After Garment Factory Collapse, Those Who Lost Limbs Have Poor Prospects; ‘What Can I Do With Only One Hand?’

Marium Begum was trapped for 36 hours in the collapsed Bangladeshi garment factory where she worked. Afterward, her arm was amputated

When rescuers freed Marium Begum from the tangle of steel and concrete in which she had been trapped for 36 hours after last month’s Bangladeshi garment factory collapse, she thought the worst was over.

Then doctors told the 30-year-old single mother of two children that to save her life, they would have to amputate her severely damaged right arm.

“How am I going to survive? What can I do with only one hand?” asked Ms. Begum, a veteran seamstress who was recently discharged from the hospital. “My relatives can’t support me indefinitely. I don’t know how I will be able to pay for my children’s schooling.”

Nearly a month after one of the world’s worst industrial accidents—which claimed the lives of more than 1,100 people, most of them female garment workers—survivors with debilitating injuries are facing an uncertain future.

More than 1,800 people were hospitalized after the accident, with scores requiring intensive care. At Enam Medical College and Hospital, near the disaster site, doctors performed more than 300 major surgeries on the wounded, hospital officials said.

Compensation plans remain unclear. Most have received free treatment in hospitals. But rehabilitation can be lengthy and expensive—posing a major burden in Bangladesh, where the social safety net is weak and individuals must pay most medical costs.

For the more than 30 people who officials said lost limbs, the road back to health and economic security is likely to be especially daunting. The disabled face discrimination and dimmed marriage prospects. They also face difficulty in finding work—especially in garment making, the one industry with a lot of jobs to offer in Bangladesh, despite its history of danger.

It will be difficult for them in Bangladesh,” said Babul Akhter, president of the Bangladesh Garments and Industrial Workers Federation, a trade union. “If they don’t get financial support, they may have to become beggars.”

After Ms. Begum recuperates, she plans to return to her family’s farm in southwestern Bangladesh. At least there, she said, she won’t have to pay rent and buy food, as she does here in Savar, an industrial center north of the capital, Dhaka. Working in a garment factory had seemed like the best route to escape rural poverty, said Ms. Begum, who worked for three years at New Wave Style Ltd., a company that documents and clothes recovered at the scene indicate made clothes for Primark of the U.K and Canada’s Loblaw, which makes brands carried by J.C. Penney JCP -1.13% of the U.S.

Now, she said, she feels the accident has condemned her to a future on the margins of society.

“My dreams are shattered. Every day, I feel like I am dead,” Ms. Begum said, shielding her stump with her left hand to protect it from a child squirming on the bench next to her. “My life and my children’s lives have been ruined.”

Md. Enamur Rahman, chairman of Enam, where some Rana Plaza amputees are recovering, said the hospital was committed to providing prosthetics and rehabilitation for amputees for free. Non-governmental organizations and philanthropists have offered help.

BRAC, a large development organization formerly known as the Bangladesh Rural Advancement Committee, is among the groups that have pledged to assist by providing prosthetics, access to financing and alternative skills training. One issue, however, said Babar Kabir, a BRAC senior director, is the low quality of artificial limbs now available in Bangladesh. “Our prosthetic limbs are still primitive,” he said. “Advanced artificial limbs are now available in the Western world, but are sadly lacking in our country. This is a real wake-up call for us and we need to increase our capacity to deliver improved and modern prosthetics.”

The Clean Clothes Campaign, an advocacy group pushing for better working conditions in garment factories around the world, estimated the need for long-term compensation of at least $71 million for families of the dead as well as treatment and disability assistance for the injured.

Some retailers, including Primark and Loblaw, have promised to compensate injured employees and families of the dead from the factories manufacturing their brands. But specific details haven’t been made public.

Lying in Enam’s orthopedics ward for women is Pakhi Begum, who lost both legs. In her row are three other women who each lost a leg. Across the aisle are three who lost arms.

Pakhi Begum, 30, no relation to Marium Begum, said she and the other workers were reluctant to go into the factory the day of the collapse, after word spread the day before of serious cracks in the walls. “The general manager said not to worry, that engineers were working on it.”

She was sewing zippers into blue jeans when the electricity failed in Rana Plaza. Almost immediately after the building’s generators kicked in to restore power, the walls started to buckle, she said.

She managed to run only five steps before the body of a dead colleague and a falling pillar pinned her legs, trapping her. A friend nearby was stuck with a beam on her arm. Help first reached them more than 24 hours later. But rescuers were unable to move the heavy debris under which they were trapped. Pakhi Begum said she told them: “I have to survive. I have two daughters. Whatever you have to do, do it. But get me out.”

A surgeon was brought into the tiny cavern where they were trapped. First he removed the arm of Pakhi Begum’s friend and she was pulled to safety. The doctor returned to amputate Pakhi Begum’s legs, using local anesthesia. As he used a saw to cut through her right femur, she said, she screamed from pain.

“The doctor said if I kept screaming he wouldn’t do my other leg,” she said. “So I just ground my teeth.” Then she passed out and only regained consciousness hours later, in the hospital’s intensive-care unit, she said.

As she recounted her ordeal, her husband, Jahangir Kabir, who worked in a different garment factory, buried his head in his hands and fought back tears. Mr. Kabir said he didn’t plan to return to work in the sector. “After what happened to her, I can’t go back.”

The couple said they planned to take their two children and return to their hometown, southwest of Dhaka. Pakhi Begum said she hoped she would be able “to get artificial legs so I can walk again.” Even so, she said, “I will be very isolated, I think. I’m preparing myself, psychologically.” 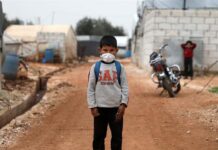 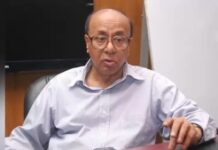 Pakistan and Bangladesh: Sharing a legacy of darkness