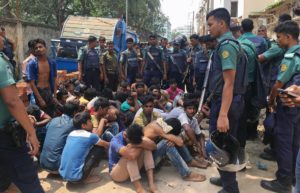 Savar Tragedy: US ready to help, calls for efforts to improve working conditions