State-run Janata Bank’s provision shortfall has hit a whopping Tk 8,256 crore, the highest-ever deficit for any bank in the country, putting depositors’ money at risk.

And this happened because of a few big errant clients, including AnonTex and Crescent, who took hundreds of crores of taka as loans from the bank, but did not pay back, said bank sources.

After BASIC Bank, Janata is going to be the second case of how a relatively good bank can turn bad due to poor lending practices, they mentioned.

The state-owned BASIC Bank, which according to the then Finance Minister AMA Muhith was looted, had faced a provision shortfall of Tk 4,063 crore in December 2016. It was the highest provision shortfall at that time, and the bank is yet to recover from the loss.

Banks are run mostly by people’s money, and when a loan is disbursed, a bank has to set aside a certain amount of fund, prescribed by the central bank, from its profits to compensate a probable loss. This is called provisioning, which safeguards the depositors’ money.

According to BB data, Janata last time faced provision shortfall of Tk 82 crore in March 2012. Since then, it was doing well and never failed to keep the required provision till March this year.

Sources in Janata Bank said a surge in nonperforming loans (NPLs) is the main reason behind the sudden rise in the bank’s provision shortfall.

In a letter to the BB on June 19 this year, Janata said if it has to maintain the required provisioning against its nonperforming loans, its net profit and capital adequacy ratio (CAR) will become negative.

“The bank will face an image crisis at home and abroad, posing a potential threat to smooth operation of the bank,” the letter read.

The CAR, a measurement of the ratio of capital to the risk weighted assets, is an indicator of whether a bank has enough capital to absorb a particular level of risk.

On July 14, the central bank responded positively to Janata’s plea for allowing it to maintain the required provisioning in phases.

The BB relaxed the regulatory provision for Janata for four years till 2022. But Janata’s profit trends indicate that it won’t be able to do that, say bank sources.

For example, Janata’s operating profit was Tk 978 crore in 2018, and the bank will have Tk 586 to keep aside for provision after deduction of 40 percent corporate tax.

If Janata continues to make profits at the same scale and doesn’t have to deal with any fresh defaulted loans, it will take more than 14 years to fulfil the provisioning requirement.

“Almost all state-owned banks have taken the deferral support from the central bank to maintain provisioning in phases. This has been happening for the last five to six years and we are not an exception,” he said.

Ahsan H Mansur, executive director at the Policy Research Institute of Bangladesh, said hardly any bank in the world can run with such a large amount of shortfall and defaulted loans.

“Large provisioning shortfall means the interests of the depositors are at risk.

“Maintaining the required provision is vital, because in case of an emergency, banks pay back its depositors from the provision,” Mansur pointed out.

HOW JANATA GOT INTO TROUBLE

Between 2010 and 2015, Janata disbursed more than Tk 5,500 crore to little-known AnonTex Group, involved in textile business, in violation of the banking rules. Now almost the entire loan — Tk 5,282 crore — has become bad.

Crescent Group, another entity involved mostly in leather and footwear industry, has defaulted loans of Tk 3,152 crore with Janata.

The borrowers siphoned money from the bank through fake exports and various tricks.

Under a large loan restructuring policy in 2015, some 11 corporate groups restructured loans of Tk 14,400 crore. Of the amount, 35 percent or Tk 5,000 crore were restructured by Janata. Now 90 percent of these loans have become bad, putting the lender in further strain.

The bank made a net profit of Tk 268 crore in 2017. But last year, its net profit came down to Tk 24.89 crore, mainly because of the sudden rise in defaulted loans.

AB Mirza Azizul Islam, a former finance adviser to a caretaker government, said that if the large provision shortfall persists, the lender will face problems in settling export-import related transactions with foreign banks in the days ahead.

“A total failure of corporate governance has created this unpleasant situation for Janata.”

“It is time to liquidate the bank [Janata] for the sake of the country’s banking sector,” he remarked.

If the bank is given more time, the situation will further worsen, noted Mansur, also former economist of the International Monetary Fund.

“If the government delays it [liquidation], the volume of bailout funds will increase manifold as the lender’s health is deteriorating fast in the absence of good corporate governance,” he added. 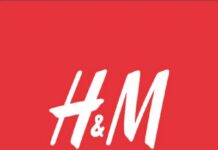 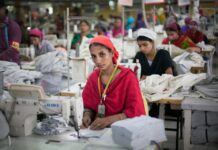 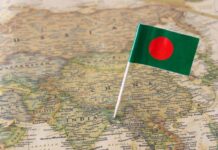