The Australian cricket team has delayed its planned departure to Bangladesh after been warned by the Australian government that there was a potential security risk from militants. 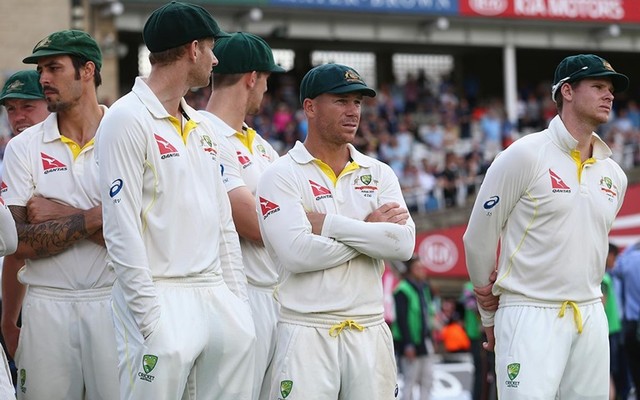 The Australian team was due to fly out of Sydney on Monday morning for the three-week tour, which includes two Test matches against Bangladesh.

But Cricket Australia (CA) announced on Saturday that the team’s travel plans had been placed on hold after Australia’s Department of Foreign Affairs and Trade (DFAT) warned that militants could be planning an attack.

“We have received advice from DFAT and based on that information we are working with security experts and the Bangladesh Cricket Board on a revised security plan for the tour,” CA Chief Executive James Sutherland said in a statement.

“We want the tour to go ahead and are planning for that, but the safety and security of our players and support staff is our number-one priority and won’t be compromised.”

DFAT, which provides travel advice to Australians planning to go overseas, issued a fresh one on Bangladesh on Friday.

“There is reliable information to suggest that militants may be planning to target Australian interests in Bangladesh. Australian officials in Bangladesh have been advised to limit their movements in public places,” the DFAT advisory said.

The BCB is, however, surprised by the CA’s sudden decision.

Its Media and Communications chief Jalal Yunus on Saturday told bdnews24.com: “The country’s current political situation is calm. There has been no incident of major political violence in the past six months.

“We are surprised by such decision taken by them.”

He said CA’s security manager Sean Carroll would arrive in Dhaka on Sunday to discuss the new schedule for Australia’s tour.

“The date of their arrival will be deferred, but tour won’t be cancelled,” Yunus assured.​

Australia has not played a Test match in Bangladesh for a decade but were scheduled to make their return this year, playing a three-day warm-up match in Fatullah, starting Oct 3, before back-to-back Tests in Chittagong from Oct 9 then Dhaka from Oct 17.

“We will wait to receive updated security information early in the week before confirming the team’s travel arrangements,” Sutherland added.

“In the meantime, we are working with the ACA (Australian Cricketers Association) and keeping our players and support staff fully informed.”

Militants have targeted secularist writers in Bangladesh in recent years, while the government has cracked down on Islamist groups seeking to make the South Asian nation of 160 million people a sharia-based state.

Cricket is the most popular sport in the subcontinent but security remains a constant concern for visiting international teams.

Australia and West Indies both refused to play matches in Sri Lanka during the 1996 World Cup after bombings in Colombo while New Zealand cut short tours of Pakistan and Sri Lanka for similar reasons.

In 2009, gunmen in Pakistan attacked the Sri Lankan team bus as it was travelling in Lahore. Pakistan now plays its home matches in the United Arab Emirates.

Australia have not toured Pakistan since 1998 while England suspended their tour of India in 2008 after the attacks on Mumbai, which killed about 170 people, but later agreed to return on the promise of tightened security.

Injury puts Tigers in a corner