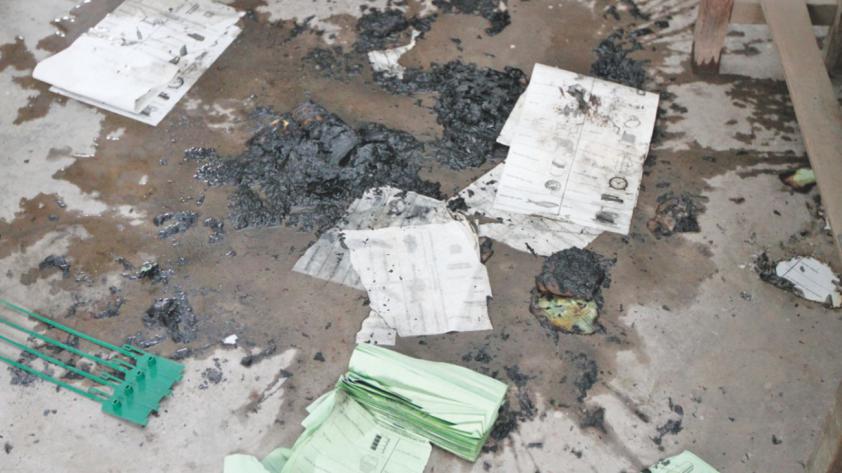 IN these very columns we had carried an article with a similar heading following the farcical January 5, 2013 elections. Regrettably, we have to say the same about yesterday’s mayoral election that did not live upto our expectations.

The BNP has boycotted all the city corporation elections charging mass scale rigging and other electoral malpractices on the part of the ruling party. A few other candidates had followed suit while a few candidates had done so the day before the elections but they did not belong to the so called ‘heavyweights’. Apparently, the start of the voting was peaceful and the BNP announcement came rather suddenly.

According to some electronic media report voter turnout was 35 percent six hours into the voting. But one never knows: the turnout may double in the last two hours given the vast difference between the voter turnout one saw on ground on January 5 2014 and the statistics given out by the EC quite a few days after the election.

According to the BNP, except for two or three, all other polling stations were occupied by AL workers and their polling agents were not allowed to enter the polling centres. In some centres, voters found that their votes had already been cast. The reporters on ground substantiate the allegations about capture of voting centres. It is regrettable but, allegedly, not only were the AL party cadres used to take control of the polling centres and booths, the actions of the personnel on security duty indicate that they were used blatantly in the elections. Can we ask why journalists were not allowed to enter the polling booths this time and film the activities there? And if the EC had not passed any such instruction to the security forces, then who did? Could the police authority have passed such an order themselves, on their own? Why were journalists assaulted while they were taking photographs of ballot box stuffing? According to some media reports, men were found stuffing ballot boxes in women’s polling booths!

We had hoped that the mayoral elections in the two cities would infuse new life into politics in the country, and that it would be a win-win situation whichever candidates carried the day in the election. However, things could not have turned out in a more disappointing manner.

AL alleges that the BNP decision to boycott the election was predictable and stems from the early realisation that the votes would not go the way of its candidates.

In spite of the subtle and sometimes not so subtle action by the government through various means to the contrary, BNP had taken part in the election. For the BNP, as a party, it found the city corporation elections a convenient egress from the political rut the party had found itself in. Mid-day announcement of boycott was perhaps rather premature and the BNP might have waited till the end of the casting of votes to announce their decision.

In these very columns last week we had suggested that there could not have been a better time for the government to announce the two city corporation elections. With most of the BNP top ranking leaders behind bars it had hoped the BNP would shun these elections; it did not. The mayoral elections afforded a win-win situation for all; and the major parties could use the results in a manner that would suit their political positions. For the BNP, a win in a majority number of seats both for mayors as well as councillors would reinforce their demands of a midterm national elections.

For the AL even if the results did not go in its favour it could prove their point that important elections could be held under the present incumbent. And if it won the elections so much the better for the AL. However, we had put a caveat to this, which was that any indication of directly tampering with the votes and influencing the casting of votes will provide enough grounds for further political agitation.

Many feel that the AL supported candidates would have won even if there were free and fair elections, given the swell of anti-BNP sentiment because of their recent destructive politics. One therefore wonders whether there was need for the AL to indulge in such blatant interference in the voting process.

The writer is Editor, OP-Ed and Defense & Strategic Affairs, The Daily Star.