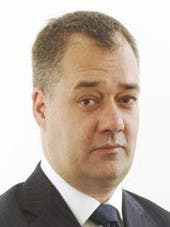 Bangladesh may now be only a day away from an intractable crisis. Abdul Quader Mollah, the assistant secretary-general of Bangladesh’s Jamat-e-Islami party, could face execution in a hastily arranged, behind-closed-doors, execution. Sources within the country now suggest the execution will take place immediately after a U.N. Delegation depart on Tuesday. It could precipitate a further reaction on the streets from the country’s principal Islamic Party, Bangladesh Jamaat-e-Islami, who has seen much of their leadership engulfed by highly disputed trials at the country’s International Crimes Tribunal. It would not be hyperbolic to say that the execution of Mollah could create an irreversible chasm between the Bangladeshi government and a significant portion of its people. With already disputed elections less than a month away, Mollah’s death would light the touch paper for civil unrest throughout the country, despite Jamaat’s call for peaceful demonstrations.

It now seems we are entering the final chapters of a tawdry and shameful episode for Bangladesh. Its International Crimes Tribunal was set up to bring justice to the victims of the 1971 Independence War. However, it is now very clear the Awami League government of Sheikh Hasina hijacked the process so it could destabilize its opponents under the guise of “justice.” Month after month, more scandals have emerged from the court. A defense witness was abducted, leaked communications showed systematic collusion between the judges, prosecutors and outside actors, while stories of gross obstructions of defense teams emerged from the court on a weekly basis.

International legal experts expressed dismay at a risible court masquerading as an “international” war crimes trial. As the government ploughed head on with repeated death sentences, it was clear it was the political or religious affiliation of the defendants that determined their innocence.

It is perhaps fitting that the case that risks plunging Bangladesh into the political mire was also one of its most flawed. Originally, Abdul Quader Mollah was convicted and sentenced to life imprisonment. This was before the prime minister rushed through an amended law that would allow the prosecution to appeal against an inadequate sentence and seek the death penalty. Simply put, the government interfered with a judicial process to ensure Mollah could be executed. Meanwhile, Sheikh Hasina promised in parliament that she would make direct representations to the judges to make sure they fully understood their new responsibilities.

This retroactive changing of the law makes the repeated claims of the government, including senior cabinet members, that the tribunal should be upheld up as an international standard completely laughable. The move was a startling challenge to the fundamental separation between the executive and judiciary. It was also a severe blow to the credibility of both the tribunal and the government at both home and abroad.

The evidence that convicted Mollah was also representative of the systematic and repeated injustices handed out to the defendants at this tribunal. The charge for which Mollah received the death penalty was based on the evidence of one witness. There were two prior inconsistent statements in which the witness claimed not to have been present. Her evidence before the tribunal that she was present and witnessed the incident was therefore highly skeptical. But in a court where the evidence fits the charges, it was sadly of little surprise the prosecutors and judges would manipulate and abuse this quasi-evidence without a modicum of examination. It has also emerged that the person who gave evidence at Mollah’s trial and whose evidence has sent him to the gallows, may not even be the person named on the statement, but an impersonator fully prepared by the authorities to give false evidence. The tribunal judges refused to hear evidence of previous statements, but acquitted Mollah of this charge. However, the judges of the Appellate Division of the Supreme Court, two of whom were alleged to have demonstrated bias by the defense, convicted him and condemned him to death.

Within hours of the final judgment on Dec. 5, 2013, Mollah was moved to Dhaka Central Jail to prepare for his execution. Ordinarily there is a certain procedure to follow in these cases, most importantly the Jail Code, which prohibits the carrying out of an execution within 21 days of the delivery of the certified judgment being handed down. However there have already been statements by members of the government that this execution will be carried out quickly. Now information has been received that a secret execution, in order to prevent unwarranted media attention, will be carried out on Tuesday hours after the departure of the U.N. delegation. The order to execute has come, it would appear, from the PM herself.

This is of course deeply disturbing. Yet, it is perhaps unsurprising. The current Awami League Government has ridden roughshod over every respected legal opinion, and callously manipulated the emotional scars of the past for its own ends. However, it has been a futile exercise. Where a properly supervised tribunal could have started a process of national reconciliation, Hasina has created a chasm within Bangladeshi politics and society that, at the moment, seems impossible to breach. It has also galvanized the political opposition in the face of a leadership that has proven itself incapable of wanting to govern for all Bangladeshis, but rather plough head on in its vicious attempt to hold onto power, come what may.

The tribunal has now issued a warrant of execution and execution is imminent. Mollah and his family must now hope that the international community can make representations to halt his execution, or that a Presidential Pardon arrives. Let us hope that as Bangladesh teeters on the edge, common sense prevails. If not, we will witness the beginnings of a dark chapter that one would not wish upon any nation. But, if intervention works, and the sentence is stayed, it may be the beginning of the end of this tragic farce, and the roots of a more sensible and inclusive leadership in Bangladesh.