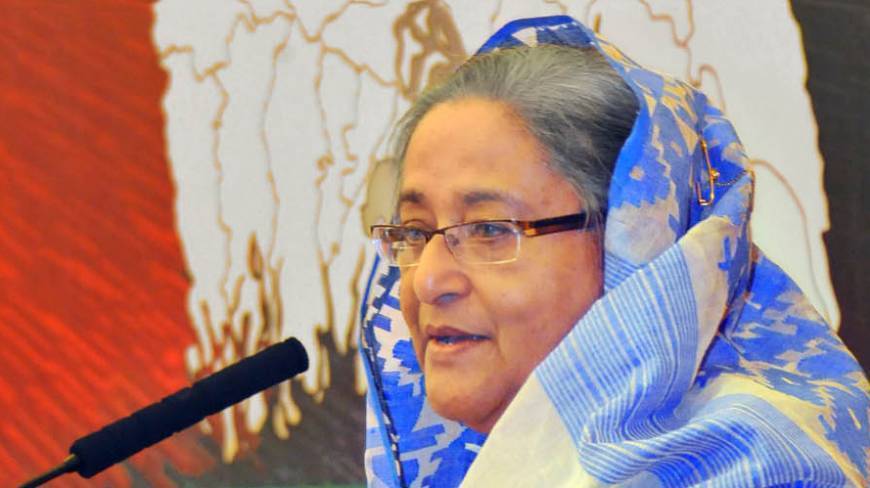 The prime minister went round different tables set for the members of the armed forces and other dignitaries, exchanged greetings with them and enquired about their well-being, reported BSS.

Before the iftar, a special munajat was offered seeking divine blessings for continued peace, progress and prosperity of the nation as well as the development and advancement of the armed forces.

Prayers were also offered seeking eternal peace of the departed souls of Bangabandhu Sheikh Mujibur Rahman and other victims of the August 15 massacre, martyrs of the War of Liberation and martyred armed forces members.

Earlier on her arrival at Senakunja, the prime minister was received by PM’s Security Adviser Maj Gen (retd) Tarique Ahmed Siddique, chiefs of the three services and Principal Staff Officer of the Armed Forces Division.

Fakhrul reminds Hasina of her role