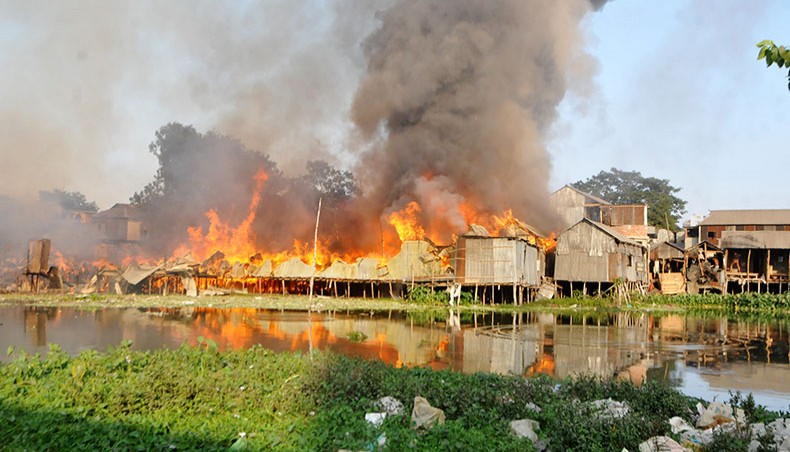 About 500 shanties were burnt in a fire at Karail Boubazar slum of Mohakhali in the city on Sunday afternoon.

Fire Service and Civil Defence deputy assistant director Abdul Halim said the slum that caught fire at about 2:50pm on Sunday was brought under control at about 4:20pm.

He said that 14 fire fighting units tamed the fire and no casualties were reported so far.

The source of the fire could not be known immediately, he said.

He said that 400 to 500 shanties were burnt and that they were in search whether there was any casualty in the fire.

Locals said the fire might be originated from a shop in the slum.

As the slum caught fire, the fire fighters along with volunteers rushed the spot and asked the residnets to leave the area to save their lives.

Many residents were seen to take away their goods from their shanties while many were seen to keep their goods on boats. The volunteers helped to save the lives and belongings of the victims.

Most of them said that they had lost their belongings in the fire.

It was the second time in about nine months a fire broke out at the same area. About 150 shanties were gutted and two were injured in a fire at the slum on March 14.

Another week for judge service rules