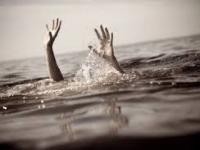 However, the identity of the missing was yet to be known, he said, adding that divers were searching for them.

The victim is Sudipta Dey, 17, son of Shital Chandra Dey. He passed this year’s SSC examination from a BGB Pilkhana school in Dhaka.

Sudipta along with his family members went to the sea beach in the morning.

At one stage of swimming in the sea at the Laboni Point, he was washed away by waves.