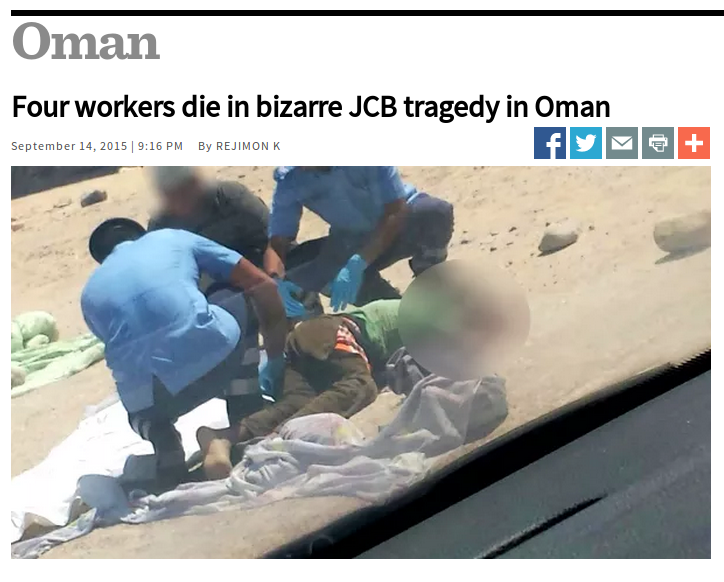 Four Bangladeshi workers have been killed and four others injured in an accident in Oman’s Yiti area, reported the Times of Oman.

According to the report, of the deceased, three died on the spot when the JCB machine in whose bucket they were travelling, toppled over on Sunday.

The machine was reportedly being driven by an inexperienced driver.

JCB is equipment for construction, demolition and agriculture carried in mini vehicles.

Five people received severe injuries during the incident while one of them succumbed to his injuries at a hospital in Muscat.

All the Bangladeshi victims were employed at a landscape project in Jebel Sifah. However, detailed information on the victims could not be known immediately.

The report further claimed that three out of four deceased were undocumented workers.

Quoting a senior official from the Bangladesh embassy in Muscat, the news outlet reported: “A first-hand information from an unofficial source suggested that the Bangladeshis died when the JCB machine toppled. Three persons died on the spot and the other died this morning.

“They were all rushed to the Khoula hospital trauma centre. The remains of the dead have been shifted to the police hospital’s morgue.”

“Efforts are on by the mission office to confirm their identities, including their addresses in Bangladesh, repatriate the remains and seek compensation,” added the report.