At least 23 leaders and activists of Left Democratic Alliance (LDA), including chief coordinator of Ganasanghati Andolan, Zonayed Saki, were injured as police charged baton on their procession in Dhaka’s Matsyabhaban area on Monday.

LDA arranged a Black Flag march towards the Prime Minister’s Office protesting the national election of December 30, 2018 terming it a ‘Black Day in Democracy’.

When the procession was heading towards the Prime Minister’s officer from the Jatiya Press Club police obstructed them in Matsyabhaban area around 1 pm, said Deputy Commissioner of Police Sazzadur Rahman.

Police charged baton on the protesters when they tried to march forward defying their obstruction that triggered sporadic clashes between the cops and protesters, he said.

Sazzadur Rahman claimed that the protesters attacked the law enforcers.

Two policemen were also injured during the clashes and 10 people arrested from the scene, he added.

Meanwhile, three journalists were also injured while covering the incident at the spot.

The injured people are currently being given treatment at Dhaka Medical College Hospital, Inspector Bacchu Miah, according to police. 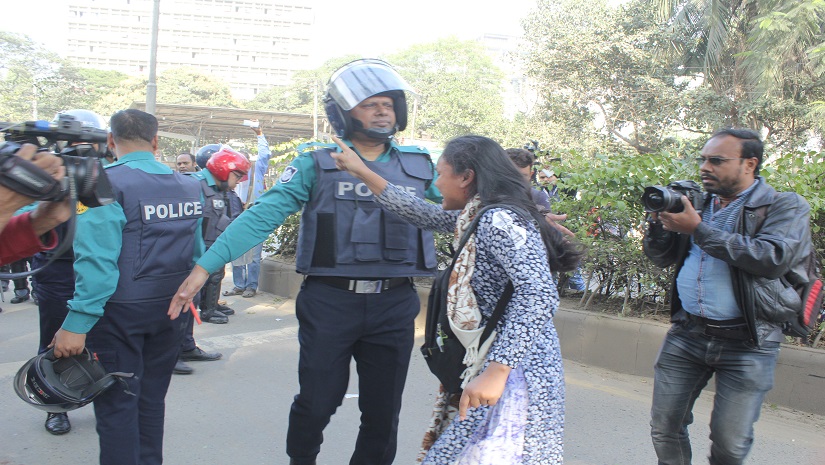 A tale of 2 militants