Seven to eight miscreants on an auto-rickshaw had come in front of Sheikh Hasina’s Dhanmondi Road 32 house around midnight on August 11, 1989 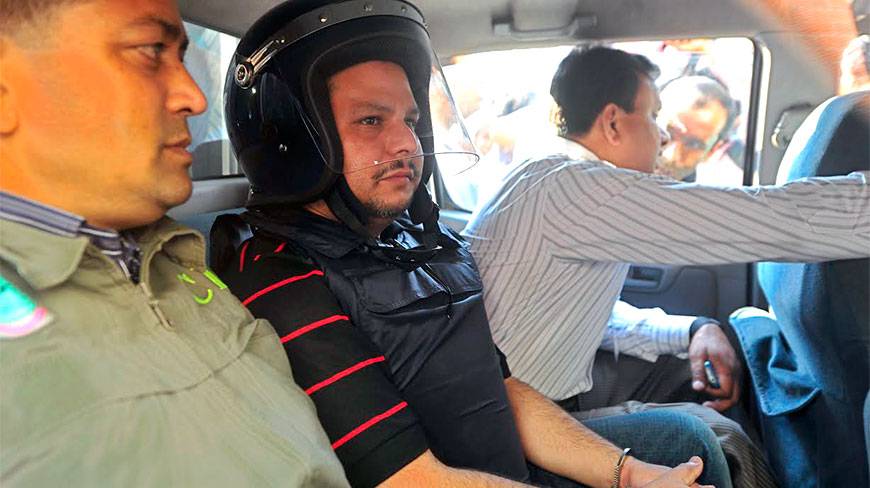 With the help of Interpol, a bomber who allegedly tried to kill Sheikh Hasina in 1989 was brought to Bangladesh from the US yesterday.

“Syed Nazmul Maksud alias Murad was brought back to Bangladesh by the Criminal Investigation Department on a special flight with the help of Interpol,” Humayun, assistant superintendent of police of the CID’s legal and media wing, told the Dhaka Tribune.

A Freedom Party leader, Murad would soon be produced before a court in the case. Son of late Tofazzal Hossain, the accused hails from North Shahjahanpur of the capital. Murad is also wanted in two other cases, including one for murder, the CID told the media at a briefing at its Malibagh office yesterday evening.

Seven to eight miscreants on an auto-rickshaw had come in front of Sheikh Hasina’s Dhanmondi Road 32 house around midnight on August 11, 1989 and exploded bombs and opened fires targeting the house, Special Superintendent Abdul Kahar Akand said.

As on-duty security guard Havilder Md Jahirul Haque retaliated, the criminals fled the spot chanting “Farooq-Rashid Zindabad.” According to the investigators, Murad himself chanted the slogan.

The security guard filed a case the same day under Explosives Substances Act against unknown people with Dhanmondi police station. SP Kahar said Murad had been mentioned as the 13th accused in the charge sheet submitted later by the CID following further investigation.

Murad fled the country on October 3, 1995 and went to the US. Identifying himself as a Freedom Party leader, he started working there. Interpol issued a red alert against him in 2011. The Homeland Security arrested Murad from Atlanta on February 2, 2012 and he had since been in a US jail.

“On information, we have since been trying to bring him back, and finally the Homeland Security handed him over to us,” Kahar said.

Murad is also accused in two cases filed with Motijheel police station – one for murder, filed on October 15, 1995; and another for snatching, filed on September 13 that year. Trials of both the cases are underway.

In the attack on Hasina case, police had submitted the final report in 1996, during the first tenure of the Awami League government. Later, the CID was given the charge of the case.

Two other accused – Gazi Liakat Hossain and Rezaul Islam Khan – died. Humayun, Rezaul and Liakat made confessional statements on September 23, 1996, before the court.